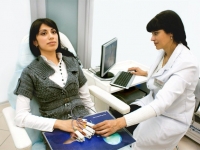 Varicose disease: modern methods of treatment of the diseaseVaricose veins or varicose veins are a common vascular pathology. This disease develops, in which venous blood circulation is disturbed, almost 70% of women and much less often - in…

How to make Vanilla iced coffee? Learn more on history-of-coffee.eu 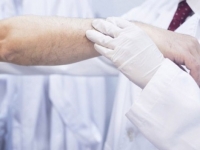 AsthmaAsthma manifests itself in spasmodic choking. The face turns pale, breathing hoarse, difficult, shortness of breath, chest tightness, fear. In asthma, a cough often occurs with a large number of… 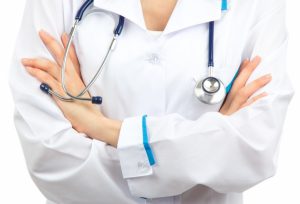 What is gout? Gout is a particular form of arthritis that is caused by the deposition of uric acid crystals in the joints (and in other tissues). Uric acid is formed in the body from purines and is usually derived from it, however, with metabolic disorders and insufficient excretion of purines, they accumulate in the body, which in most patients leads to gout.
Which patients have gout more often?
Gout in men occurs more often than women.
Some patients have a greater genetic predisposition for gout, and the excretion of uric acid through the kidneys is not effective enough. Some patients have other diseases (such as hypertension, diabetes, kidney disease), which may also increase the risk of developing gout. Eating large quantities of products containing purines (some seafood and meat) can alter the balance of uric acid levels and lead to gout. Gout is more likely to occur if you are overweight, or if you drink large amounts of alcohol (especially beer and strong alcoholic beverages).
Gout can be caused by certain drugs, such as diuretics, cyclosporine, and some anti-cancer drugs.
How does gout attack manifest?
The first attack usually, but not always, occurs in the joint of the big toe, but it can also occur in other joints. Usually an attack occurs suddenly. The affected joint becomes reddened, hot and very painful. The pain intensifies when touched.
How to deal with a gout attack?
The sooner treatment is started, the better. Your doctor may prescribe medications for you to reduce inflammation, pain, and swelling. If possible, lift the limb and cover the joint with ice (or frozen packaging of vegetables) to reduce symptoms. When using medication, a gout attack should go away within a few days.
What happens if I do not start treatment?
If you do not receive treatment, a gout attack can last for several days or even weeks. The following attacks will occur more frequently, they will spread to more joints and will be longer.
If gout attacks occur within a few years, you may develop gouty nodules. These are uric acid crystals deposited under the skin; also gouty nodes may form in the big toes, fingers, hands, and elbows, causing inflammation.
Constantly high levels of uric acid in the joints can cause damage to bones and joints.
Gout is also a risk factor for other serious disorders, such as high blood pressure, kidney and heart problems. In this regard, the treatment of gout is very important.
How can you prevent gout attacks?
It is possible to prevent gout attacks only by lowering the level of uric acid so that the crystals dissolve and do not accumulate again.
If you are overweight, you need to reduce body weight. If you have high blood pressure or cholesterol, begin treatment and follow a diet low in salt and fat. Reduce alcohol intake (especially beer and strong alcohol), and avoid eating products containing purines, such as meat (especially liver, kidney, brain, and glands) and seafood (especially sardines, herring, anchovies, mackerel, etc.).
What can a doctor prescribe to prevent a gout attack?
The doctor may decide that you need to use medication to lower the level of uric acid. The use of drugs can cause increased excretion of uric acid from the body, or stop its formation. These medicines need to be consumed regularly and for a long time.
At the beginning of the medication, which reduces the level of uric acid, gout attacks may occur, so at the beginning for a short time you may also be prescribed colchicine or anti-inflammatory drugs. All over the world (also in Latvia) for many years one standard means of long-term therapy for gout has been used. However, nowadays a new long-term treatment is available, which may be suitable for patients who do not respond to standard therapy or cannot use it.
Your doctor will periodically determine the level of uric acid in your blood to make sure that it is low enough so that the crystals present in the joints and tissues dissolve and seizures no longer occur, which will significantly improve your quality of life.
This information may also not apply to you. Check with your doctor to find out more about your illness. Ask your doctor about new gout treatment options. 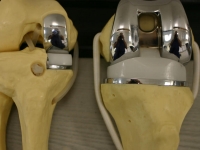 Influenza, SARS, acute respiratory infections, coldsAs they say, the flu can be treated and it will pass in two weeks or not be treated, then the recovery will take 14 days, however, in this case…